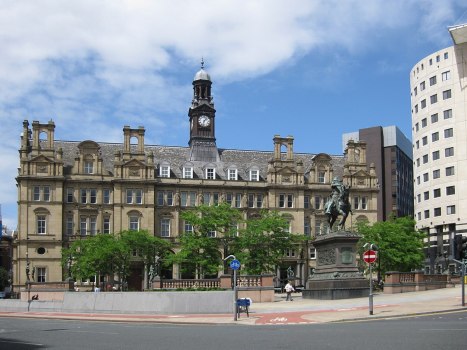 Mum and I made our visit to the battlefields around Ypres in August 1998. Our coach was due to depart from City Square in Leeds quite early on a Saturday morning. There was no one around when we arrived, but soon a man arrived in a car with his elderly mother and her sister, who were also going to Belgium. While we were waiting, the man suddenly went dewy-eyed over some creatures he could see scampering around the rubbish bins in gardens in the middle of the square.

“Oh, just look at the squirrels,” he said to my mum. “Aren’t they lovely?”

His delight showed on his face – but only until Mum pointed out that squirrels have big, bushy tails, while these creatures had long, thin, hairless ones and were in fact rats. The poor man went quite pale and seemed very pleased that the coach arrived at that moment and he could get back in his car and drive away, while I tried to hide my laughter behind my paw.

But, after that amusing start, this was a serious sort of visit, with a full day sight-seeing in the lovely city of Bruges, followed by a full day in and around Ypres.

Our first stop was at Hill 60, where cattle grazing quietly in the nearby meadows made it hard to believe it had been a battlefield eighty years before. But the small military cemetery and the remains of the trenches brought home the reality of what it had been. It was a glorious August day, but the whole place felt unnaturally cold, and even Mum – who says she isn’t frightened of ghosts – said she wouldn’t like to go there at either dawn or dusk. 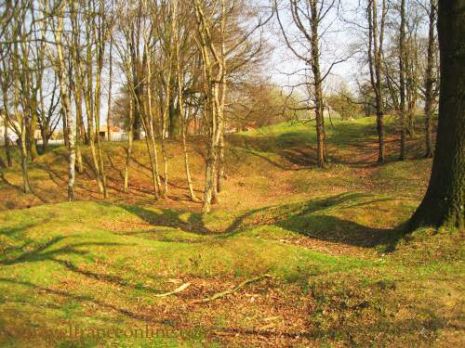 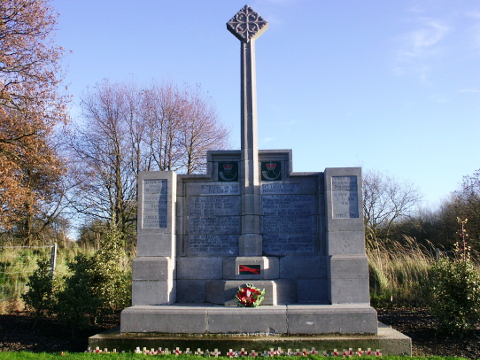 From there we went into Ypres and stopped for a while by the Menin Gate which is now a memorial containing the names of more than 54,600 men who were killed in battle in the area before August 16th 1917 but have no known graves.

The memorial was built between 1923 and 1927 and, starting the following year, a contingent from the local fire brigade has gone to the spot every night at eight o’clock and their bugler has played The Last Post. Our guide told us that, if we wanted to go to the ceremony and pay our respects that evening, the coach would drop us off after we’d done the rest of the tour and we could then catch a train back to Bruges afterwards. At that point both Mum and I, plus most of the other people on the coach, thought we would do so. 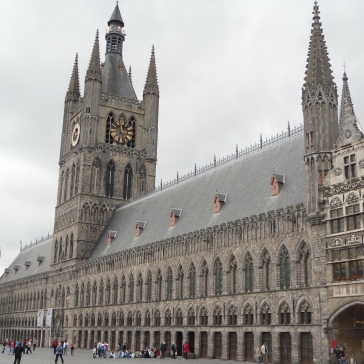 We then went into Ypres itself for lunch and then on to the newly-opened In Flanders Fields museum in the Cloth Hall, a medieval-looking building which, like most of the town, had been totally destroyed during World War I and rebuilt in the 1920s to look exactly like the original. The museum presents the story of the war on the West Flanders front where the fighting was almost non-stop from 1914 to 1918 and included the battle of Passchendaele in 1917 where, as well as all those who died from wounds, many men and horses drowned in the mud as the fighting went on into the late autumn and in pouring rain.

From the museum we got back on the coach and went on to Tyne Cot Cemetery, which is the largest Commonwealth War Graves Commission cemetery in the world with almost 12,000 British and Commonwealth servicemen from World War I either buried or commemorated there and almost 35,000 more, who died after August 16th 1917 and whose graves are not known, commemorated on the Tyne Cot memorial.

Like all CWGC cemeteries, it is most beautifully kept and cared for, but the sheer size of it and the numbers of graves stretching in neat lines in every direction is almost too much to take in. Though we’d all been talking as we walked through the gates, the enormity of what we were seeing gradually affected each one of us until the only sound was that of the skylarks as they soared high above the farmland beyond the cemetery gates where the battles once had raged.

Not a word was said as we got back on the coach to go back to Ypres and, as we approached the Menin Gate again, no one felt able to get off and go to the ceremony that evening after all. The realisation of what we had just seen had left even the toughest of us feeling very emotional and the journey back to Bruges was made in complete silence – something our guide said happened nearly every time.

Follow my next blog: 13. A DAY OUT IN DURHAM PART I